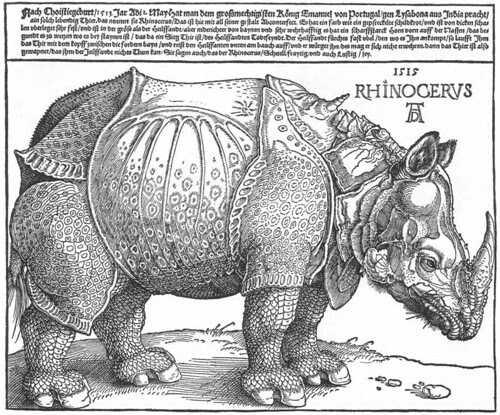 epublicans /
Independents
Not
Overdosed (on the Party Kool-Aid)

They're on the rampage. And they've got an opinion on just about everything. Submitted for your edification: RINO Stampede XII.

Constitution Day? Ironic, ain't it, that the new federally mandated holiday is unconstitutional? Dr. Rusty Shackleford has a thing or two to say to our Congressional overlords about the Constitution and their (lack of) knowledge about that document.

Forget the crescent of embrace, the unholy concoction dreamed up to memorialize flight 93. The Commissar offers his own tribute: The boxcutter of friendship.

How will we pay for the damage that Katrina wrought? Jeremy Dibbell welcomes the debate between Republicans in Congress on cutting wasteful spending.

Meanwhile, other RINOs are looking for--and finding--pork in their home states.

Eric at Classical Values identifies some Pennsylvania Pork: A proposed memorial to slaves who lived in a Philadelphia building that no longer exists.

Assuming for the sake of argument that land where slaves once lived is forever "hallowed," does it really have to cost $3.6 million in taxpayer dollars to let people know?

The Unabomber didn't have too look too hard to find pork in Delaware.

Hurricane Katrina wiped New Orleans clean. Louisiana Libertarian Kevin Boyd says it's time for Louisianans to clean up the state government by electing the competent and the uncorrupt: Leaders who will reverse the trend of state politics that began with the election of Huey Long.

If you donated to a charity for Hurricane Katrina relief, you're a sucker, says Ted Rall, thereby earning himself the prestigious Weekly Jackass Award from Mark Coffey. Couldn't have found a more worthy candidate.

Speaking of stupid, Buckley F. Williams reports on a press conference that had to end early after Lt. General Russell Honore intervenes.

Louisiana Governor Kathleen Blanco advised residents who wanted to wait out Rita "to write their Social Security number on their arms with indelible ink…” If George Bush had made such a statement, imagine the outrage, Tom Hanna writes.

The earth's magnetic fields are weakening, according to geologists. Roaring Tiger wonders who will be the first to blame this geological phenomenon on Bush.

International ANSWER: [A]nti-america, anti-business, anti-Christian (and sometimes anti-Judeo-Christian), anti-Israel (and if you get them in a good swing anti-jew)," says Larry Bernard, even the Kossacks can see that. Well, some of them.

Nicholas Schweitzer thanks the New York Times for Times Select, thus freeing bloggers around the world from the obligation of quoting Maureen Down. Truly a humanitarian service.

Say Uncle finds a white Tennessee state legislator who wants to join the legislature's Black Caucus. The group claims to represent all the citizens of the state, so what's the problem?

Gun control is racist, sexist and classist, says j.d. at evolution. So how come feminists focus on one issue and one issue only?

Piglito writes about the treatment of blacks in France.

France, the country which so loves to wag its finger at America over all things racial, has real problems themselves, and not just peoples' attitudes toward minorities. It extends to political representation and economic opportunities.

Holocaust revisionists=Nazi sympathizers, says Orac. And the death of Simon Wiesenthal brought them out of the woodwork.

Holocaust deniers meet the AIDS deniers. Richard Bennett goes after the movement and one of its leaders.

Professor Bainbridge gets "all schizo" about John McCain, but not so nuts as to want to see McCain win the GOP presidential nomination in 2008. A man after my own heart.

Our friends the Saudis have spread their poisonous Wahabbist doctrine to Thailand, writes Mary Madigan at Dean's World. The result: Terrorized merchants are keeping markets closed on Friday, leading to a serious economic decline.

The RIGHT stuff? Digger finds much to like in U.S. Rep. Tom Tancredo's immigration act.

Share and share alike? Iran says it doesn't have nukes, but it wants to "share" them with fellow Muslims. Dan Melson at Searchlight Crusade looks at our options for dealing with the mullahs. None are too appealing. Perhaps you have some ideas of your own? Let him know.

Yemen, "a government that routinely arrests children as retribution, tortures prisoners, and systematically rapes the women prisoners," identifies the heroic Jane Novak with the culture of Abu Ghraib. Way to go, Jane.

Authoritarianism. Elitism. Paternalism. All values that are anathema to the blogosphere. Yet, says aTypical Joe, certain celebrity bloggers use their blogrolls to keep out the great unwashed.

"Everytime we've put pressure on Israel to do something that's more in our interest than theirs, our Presidents/homeland have suffered the consequences." Coincidence? Reaganite doesn't think so.

Listed at NZ Bear's ÜberCarnival Page.
Posted by Rachel at 6:00 AM